Mortgage Rates are Seasonal and Other Secrets 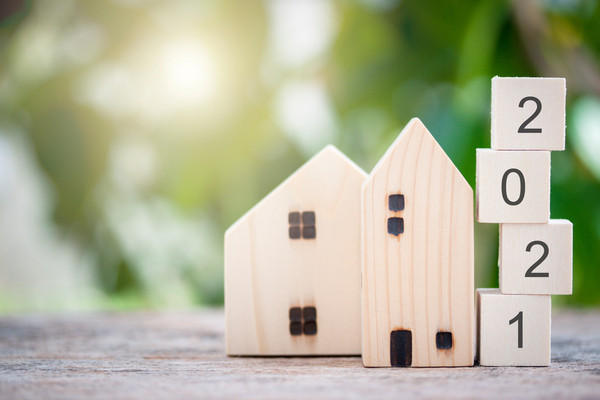 We’ve known for decades that home buying and selling follows seasonal patterns, but a recent study* from housing tech startup Haus found that mortgage interest rates also have their own pattern. They also uncovered several other tidbits about how and when the lowest rates are available. Here’s what they discovered and how it can help you:

Mortgage interest rates are determined by several factors like the Federal Reserve’s target rate, the U.S. Treasury 10-year bond rate, and market competition. Home loan lenders have a little wiggle room within the general range of rates, allowing them to slightly raise or lower their offerings based on current demand. When demand is low, lenders will try to lower rates to drum up business. This past year when Treasury rates were falling to record lows, many expected mortgage rates to tank as well, but they didn’t actually follow right away. That’s “because there was such a flood of people looking to refinance that lenders couldn’t keep up,” explained Haus Chief Economist Ralph McLaughlin. “They couldn’t keep up with demand …[allowing] them to keep their prices relatively high.”

Of course, we know that 2020 was an exception to the normal year with 16 drops to record lows. Experts predict that rates will stabilize at their low levels this year as the post-pandemic recovery hopefully gets underway.

In their analysis of 8.5 million Freddie Mac mortgage originations from 2012 to 2018, Haus found that rates typically fall to their lowest point in January as home buying also drops off due to weather conditions and low inventory. On average lenders offer mortgage rates that are 20 basis points lower in January compared with the June to October period. February is the next best month for low rates. If you can find a good property during this time you can take advantage of the best rates as lenders try to entice more borrowers in during the slow season.

The Haus study also determined that buyers within a certain price range get the best discounts on rates. Those with home price tags between $400,000 and $500,000 get an average discount of 23 basis points compared to cheaper loans.  It costs the lenders the same amount to originate both $100,000 and $500,000 loans but they make more on the more money on expensive loans so “in order to cover some of those fixed costs, lenders actually increase rates on the lower end of mortgage originations,” McLaughlin said. So, if you are considering a loan somewhere between $300,000 and $400,000, going with the pricier property will probably net you the better rate.

The survey also learned that a borrower’s debt-to-income (DTI) ratio actually doesn’t change their offered rate much. Buyers and refinancers with a “good” DTI under 36% only get rates 3-6 basis points lower than those with “high” DTIs of 43% or above.

Having a good credit score, though can make a bigger difference. Those with “good” credit scores (700-749) get mortgage rates that are 34 basis points lower on average than those with “bad” credit (650 or lower). However, striving for the top scores does not necessarily mean huge savings. Those with “very good” (750-799) or “excellent” credit (above 800) only get another 7-8 basis points lower than those with good credit.

You are most likely to get the best mortgage rates in January and February, on a home between $400,000 and $500,000, and with good credit and a reasonable DTI. You don’t have to combine all those factors to get great rates but coupling at least a few of them likely save you thousands on you next home loan.

Call us today to get a great rate one a new mortgage refinance or purchase loan.

Buying a Vacation Home or Investing in a Timeshare? What is the Difference Between a Mortgage Interest Rate and the APR? Your Mortgage Closing Checklist Choosing the Best Type of Refinance Loan Home Buying in 2023 – What to Expect